Sustainable Development in Early Childhood Education
Skip to main content
Enroll for free
As an Academy member, you will get instant access to ALL 40 + online courses and webinar replays to learn anytime and anywhere.
Join the Academy now
In this webinar replay, I will talk with Dr John Siraj-Blatchford about his research and studies promoting sustainable development in early childhood education.
Dr John Siraj-Blatchford - currently serving as an honorary Professor at the University of Plymouth and as Co-Director of SchemaPlay. John, with his Co-Director Lynnette Brock are currently launching SchemaPlay practice in early childhood settings in Western Australia in association with Murdock University, Catholic Education, and the Association of Independent Schools of Western Australia (AISWA). For over thirty years John has published widely on his research and development of early childhood science, technology, social justice and sustainable development, and in his recent work he has developed entirely new ecological and embodied cognitive approaches to all of these subjects that are associated with Schematic Play.
Watch the replay now 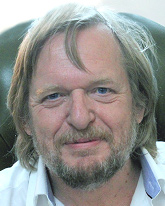